PD and QC is very confusing for ordinary people, as they didn’t know that quick charge depends on both the fast charger and the smartphone.  Today we are going to explain details.

Nowadays, when we saw a new USB charger, you may get notice that lots of advertising about PD3.0 and QC 3.0.  Theese  technologies have been integrated into a number of fast charger products, including various portable wall charger.  At first glance, they might look like the same thing. After all, both technologies are designed to charge your battery quickly. It’s just two versions of the same product, right? Well, yes… and no. In a broad sense, you’d be correct. Both PD 3.0 and QC 3.0 will charge your battery faster than traditional USB. At the same time, there are important differences between the two. Depending on your phone, one or the other can be a significantly better choice. In fact, many phones support PD 3.0 but not QC 3.0, or vice-versa. So, what’s the difference? Let’s begin by talking about the basics of both technologies. Once we’ve done that, we’ll be well-equipped to discuss which one is better for your purposes.

PD 3.0 is a fast charging technology that was developed by the USB Implementers forum. Because it’s an official part of USB technology, it can be supported by any manufacturer. No manufacturer has to pay extra licensing fees to incorporate PD 3.0 technology into their product. All they need to do is built the circuitry and the battery to the PD 3.0 specifications.

PD is short for “power delivery”. The technology is capable of delivering up to 100 watts of power, far more than any smartphone requires. However, this high wattage has some significant advantages. For instance, it can be used to power laptops. Apple’s new MacBooks all use it, and can even be used while they’re charging. This means you’re getting much better performance than you’d expect from a standard USB cable.

In addition to 100 watt power, there are four other wattage levels: 7.5, 15, 27, and 45 watts are all supported. Within each wattage level, there’s also support for various voltages. Just to use one example, in the 27-watt range, you can charge at 5, 9, or 15 volts. This makes the PD standard exceptionally versatile. Manufacturers can build a wide variety of devices, and still get top-tier performance. 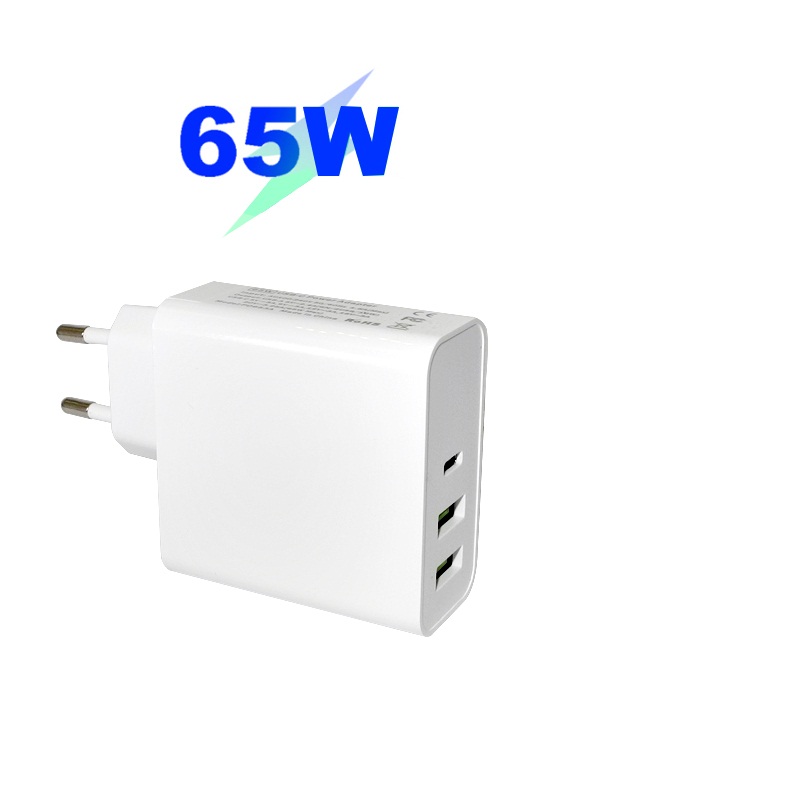 QC 3.0 is similar to PD 3.0 in that it offers better charging performance than standard USB. Also like PD 3.0, both the charger and the device must be compatible with QC 3.0 for it to work. If your phone supports QC 3.0 but your charger doesn’t, you won’t gain any benefit. Similarly, if you use an older phone with a QC 3.0 charger, you’ll only charge at standard USB rates.

QC is short for “quick charge”, and it’s a proprietary technology developed by Qualcomm. The reason this is significant is that it requires a license for use. If a manufacturer isn’t willing to pay Qualcomm’s licensing fee, they won’t be able to integrate QC 3.0 technology. As a result, many devices that support PD charging don’t support QC charging.

On the other hand, QC 3.0 was designed with efficiency in mind as well as speed. This is part of Qualcomm’s effort to build the world’s greenest technology. Earlier versions of Quick Charge – 1.0 and 2.0 – were already quite efficient. But QC 3.0 is 40 percent faster, while only drawing a fraction more power. This is due to Intelligent Negotiation for Optimum Voltage (INOV) technology which – you guessed it – is also proprietary.

INOV works by intelligently detecting the exact amount of voltage required by your device. This is a significant improvement from QC 2.0, which offered four different modes. By detecting the precise voltage your device needs, QC 3.0 provides two significant benefits. First off, it maximizes your charging performance. For instance, if your device requires an unusual voltage like 19 volts, the charger will deliver it. You won’t be left flat by a 12 or 18-volt charge. Secondly, the technology avoids any wastage. You won’t be feeding 20 volts of power to a 19-volt device. Not only does is avoiding waste good for the environment, it’s also good for your device. Excess energy is shed as heat, which can cause damage. By avoiding this, QC 3.0 prevents overheating.

Which is faster？  We will explain it in next article.